I’m happy to announce the Foar From Home Team is officially one week into their journey.  They have experienced so much in this first week.  Their training has truly paid off.  They have successfully used their BGAN device to transmit photos and videos.  They have successfully rowed as they planned 2 hours on/ 2 hours off, with rowing now more than 300nm, I may add.  And last but not least have utilized their para anchor.

A para anchor is more or less a parachute anchor.  The anchoring device opens like a parachute in the water, to hold the boat in the existing current.  It will be used during storms and days with high headwinds like yesterday’s forecast provided.  Although wind is a dominating factor and will push the boat where it wants, the para anchor will help the boat from getting too far off course.  Hopefully that explains it.  I have had many people reach out to ask what it was.

Saturday the boys met a strong head wind.  Their rowing efforts were exhausted due to such high winds.  They deployed their para anchor and took advantage of the day.  Hupp phoned me Saturday morning with their plan and said aside from the wind, it was a beautiful day.

Their Saturday consisted of Paul taking a swim and capturing some wonderful pictures.  I am beginning to think he may develop gills and turn into a fish by the time this journey is over.  They also did laundry with a soap they use with the salt water to clean their clothes then hang to dry.  Hupp said they were going to be able to clean themselves up as well as Courageous and rest.  And so they did.

If you are an avid dot watcher, you may have noticed their pink dot not moving and start pointing in the wrong direction.  They were not rowing at this point and this is an example of how strong wind is versus current.  It may have looked a little scary, but there was a method to their madness.

Early this morning I received a text from Hupp telling me they were beginning to head South at that moment.  He was excited to be able to finally get past the headwinds and continue on with their journey.  And of course, I was excited for them.  We wives would like to meet our husbands in Antigua sooner than later.

As a wife I felt I had to brace myself and focus on the finish line when this race began.  It was one thing to have my husband gone for so long, but another to imagine him rowing across the Atlantic Ocean.  Honestly, I can only describe it as a rollercoaster of emotions.  Today I spent the beginning of my day running our boat with Captain Carl, his beautiful wife Sheryl and our friend Nigel.  I was then joined by the wives to capture some photos and videos for future use. Paul called while we were all together and it felt like home to hear his voice and have all of us together talking to each other.  It consisted of a bunch of I love yous and requests for specific coffees.

I could not be more proud of the four men we call Foar From Home.  I love you guys.  I’m cheering you on every second of the day. 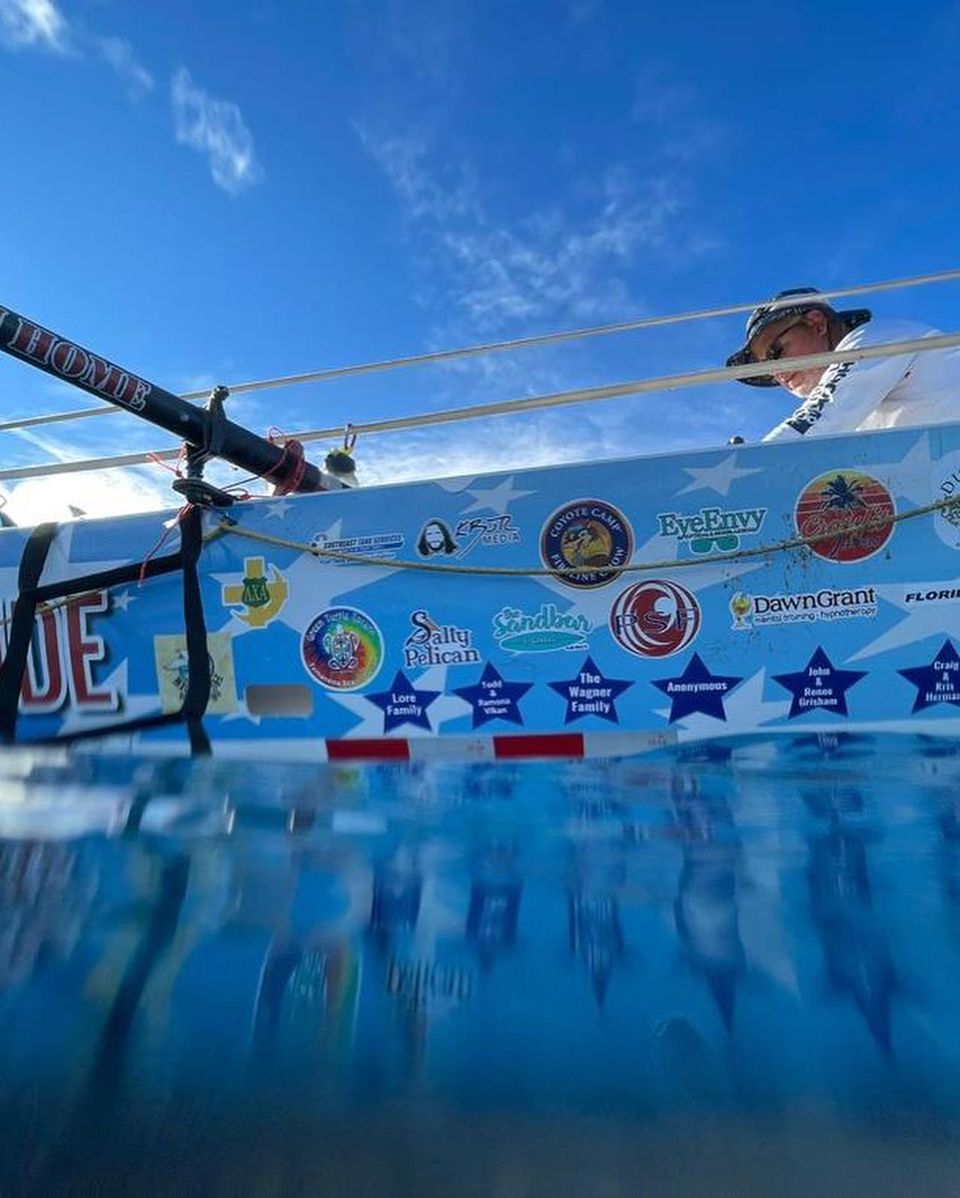 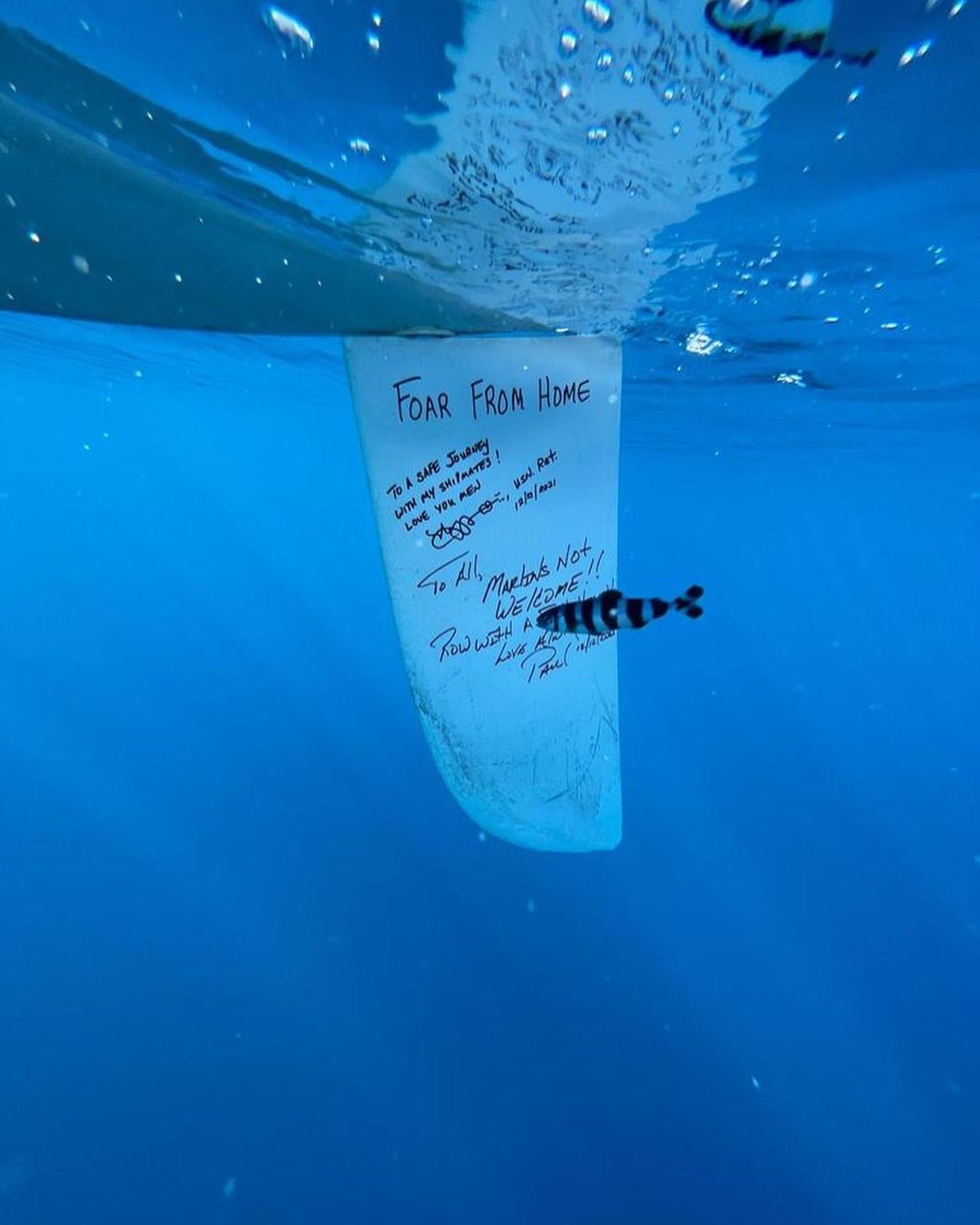 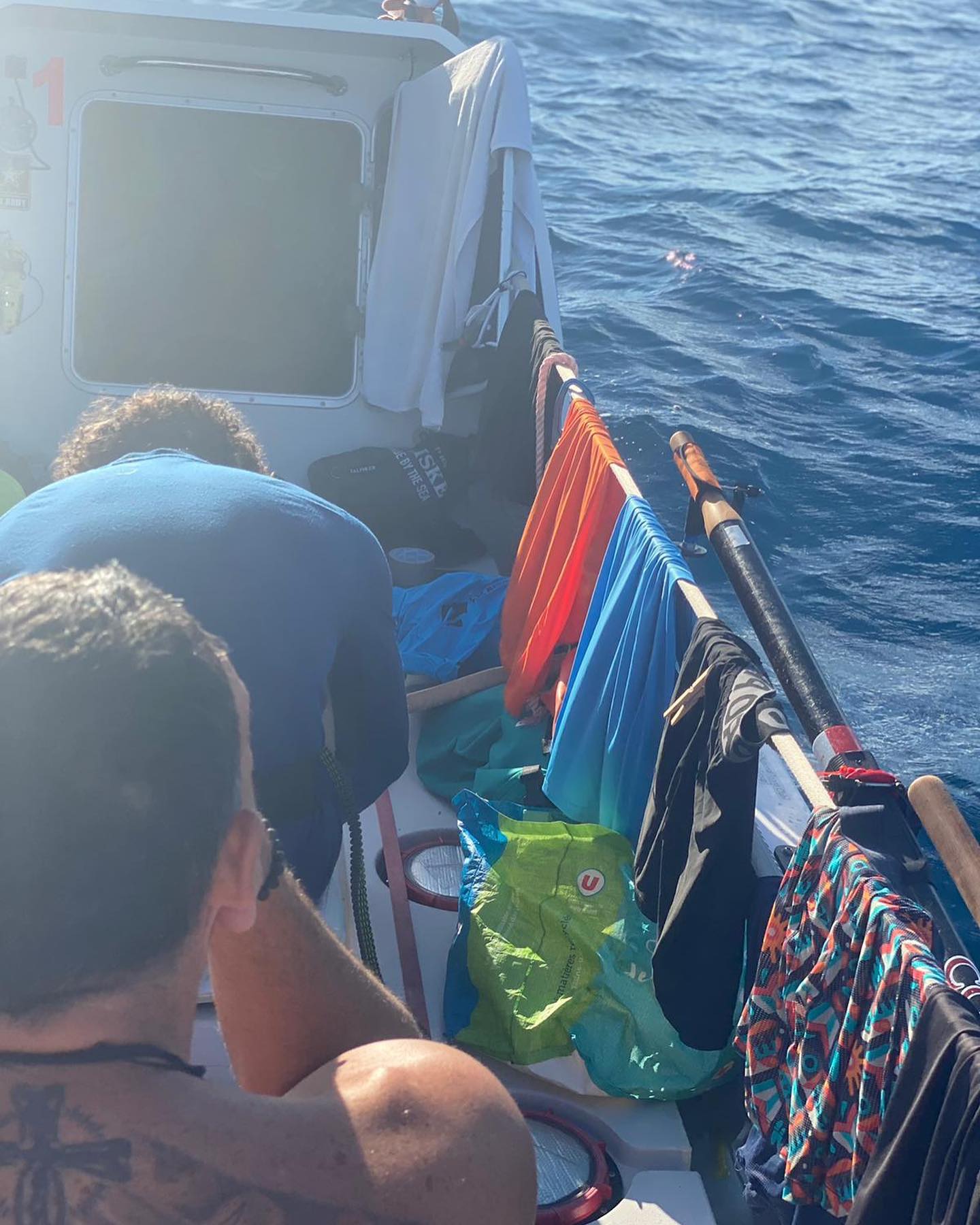